CNTA presents this award to a person who has made significant contributions in the advancement of nuclear.  The award has a very broad reach with all-inclusive consideration outside of traditional scholarly, academic nuclear science and technology, to include non-technical fields.  Areas of considerations are many, including but not limited to education, training, management, leadership, applied engineering, medicine, energy, health protection, public relations, journalism, communications, safety, environmental impact and remediation, national security, and workforce development.  Candidates may also make contributions in multiple areas over an extended period of time.  The award is presented annually at the fall CNTA Teller Lecture & Banquet.

Citizens for Nuclear Technology Awareness (CNTA) is pleased to announce that the winner of the 2022 Nuclear Service Award is Donald (Don) Zecha. This prestigious award was formally announced on Nov. 1, 2022, at the 31st Annual Teller Lecture held in Aiken, S.C.

Don Zecha’s contributions to the Savannah River Site (SRS) span nearly 40 years, and during that time, he became and continues to be a champion of nuclear technology. Through his work at SRS and interactions with the public, members of the Nuclear Security Enterprise, and the next generation of engineers he mentors, Zecha’s passion for nuclear technology is apparent to all.

Zecha started his career at SRS working in waste management. With direct technical responsibility for the treatment, storage and disposal of hazardous waste, low-level radioactive waste, mixed waste and sanitary waste, he served as an ambassador to regulators, government officials and the public.

“Don’s combination of nuclear expertise and Southern hospitality allowed him to navigate what would be treacherous paths for most individuals, interacting with media, governors, state and federal regulators, and the U.S. Congress,” said SRTE Reservoir Programs Engineering Manager Todd Woodsmall. “He ensured stakeholders were informed with accurate information so that sound decisions could be made while working to maintain the public’s confidence with the assurance that the Site was
safely operated.”

In 2000, Zecha took his expertise to the Savannah River Tritium Enterprise (SRTE). He assumed direct technical and programmatic for the process development and fielding of new Gas Transfer Systems (GTSs), utilizing advanced weapons technology, to ensure the performance of nuclear weapons. SRTE is the sole provider of GTSs for the Nation’s weapons stockpile. “With such an enormous responsibility on his shoulders, the significance of Don’s contributions to SRTE, and to the nation’s nuclear stockpile, cannot be overstated,” said Woodsmall.

Zecha’s current role in SRTE consists of continued responsibility for GTSs. His latest contributions include serving as Project Manager and as the SRS representative on the team responsible for the newest weapon modification to enter the U.S. stockpile, the B61-12. Zecha ensured all SRS requirements were successfully met, frequently delivering milestone achievements ahead of schedule and under budget. 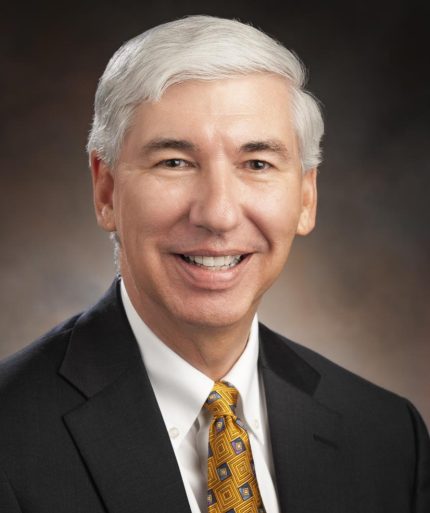 “In his role, Don manages his weapons system duties with excellence, yet he still makes time to assist junior engineers and operators within the Tritium facilities,” explained Woodsmall. “He goes to great lengths to ensure they, and visitors touring facilities, understand how the work executed in Tritium facilities advances fields of nuclear technology and protects the Nation. This often means that he goes above and beyond to develop products, presentations, and simulations that will guide others in their
understanding of these unique weapons systems.

“Don has made a career out of setting a professional example for others to follow, whether it be as a nuclear weapons program engineer, a mentor for engineers new to the Nuclear Security Enterprise, a Tritium facility tour guide, an instructor for hundreds of people in a variety of organizations, or a business, schedule and budget manager,” Woodsmall continued. “His expertise has been, and continues to be, a great service to SRS, the Central Savannah River Area, and the Nation.”

CNTA is an Aiken-based charitable educational organization dedicated to providing factual information
about nuclear topics and educating the public on nuclear issues. For further information, call CNTA at 803-649-3456 or email cnta@bellsouth.net.