Up & Atom – “National Security Implications of U.S. Nuclear Power in the 21st Century” 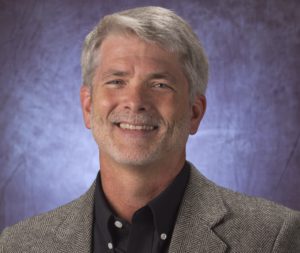 National Security Implications of U.S. Nuclear Power in the 21st Century In the 20th century, America established itself as the global leader in nuclear science, engineering and technology, in large part because of policy principles established in the 1940s-1950s. However, with 20% of its current nuclear fleet at risk of premature closure, limited nuclear construction projects on the horizon and increased competition from state-owned nuclear programs in China and Russia, America’s 20th century legacy of leadership is being threatened in the 21st century. Consequently, the U.S. is at an inflection point on nuclear power with much debate revolving around the extent to which markets or policy should be leveraged to sustain this critical resource and technology. This talk will cover some of the historical context for U.S. nuclear, the current disposition of U.S. nuclear power compared with competing nations and the national security implications of U.S. nuclear power within the current global geopolitical landscape.

David Gattie is an Associate Professor of Engineering in the University of Georgia’s College of Engineering and a Resident Fellow in the University of Georgia’s Center for International Trade and Security. He has 14 years of private industry experience as an energy services engineer and environmental engineer. His research is focused on the electric power sector with an emphasis on comprehensive energy policy, integrated resource planning and the national security implications of nuclear power. Particular focus on comprehensive energy policy that accounts for the realities of a world undergoing unprecedented economic development and that gives full consideration of the value of nuclear power in meeting those economic objectives under the constraints of carbon reductions. He is currently leading the development of the Energy Systems, Security and Policy Initiative (ESSPI) at UGA in collaboration with UGA’s Center for International Trade and Security (CITS) in the School of Public and International Affairs (SPIA). Gattie earned his B.S. and Ph.D. from the University of Georgia.

The Events Calendar is updated monthly.